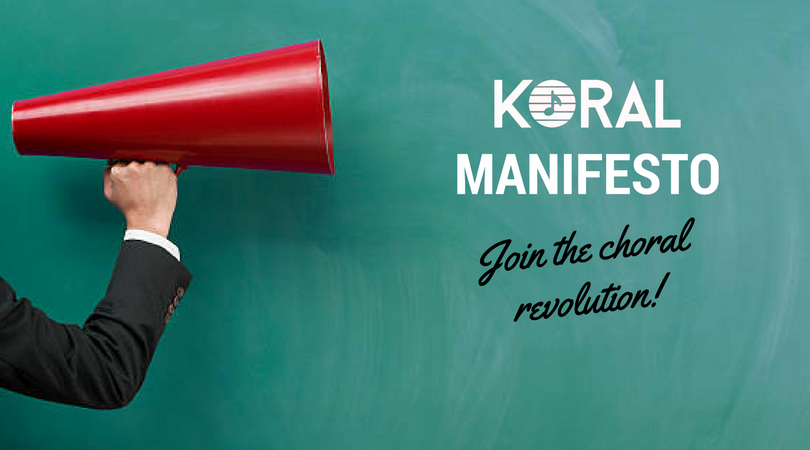 18On the occasion of the World Choral Day 2017, Koral wants to promote the choral experience firmly reiterating the essential aspects and outlining some points for its future development. By signing this Manifesto you decide to give voice, support, strength and resonance to the beauty that choral singing could generate everywhere it’s given the possibility to grow and you’ll become a symbolic ambassador in your everyday life. Koral needs you to make its revolution happen: make the whole world sing in choir!

Sign the Manifesto and share with us the dream to make the whole world sing in choir!

Share this with your friends/Condividilo con i tuoi amici: